Hassenbrook Academy is an up-and-coming secondary academy located in Stanford-le-Hope, Essex. The academy is now part of the Ortu Federation, comprising the nearby Gable Hall School and Corringham Primary School. Having historically suffered from falling pupil numbers, a detailed school improvement plan is in place to develop the school. Equally, the school has suffered under-investment in recent years, with the school kitchen’s standards suffering as a result.

A detailed condition survey and technical investigations were carried out to identify the level of need for the kitchen replacement. This evidence was collated to support an application for funding through the EFA’s Condition Improvement Fund. The surveys highlighted a range of deficiencies in the existing kitchen, including non-compliance to a number of regulations. Staff also suffered through inefficiencies resulting from the existing kitchen layout.

Working with a specialist kitchen designer, a detailed scheme and specification was generated. The design incorporated the needs outlined by the kitchen staff, to improve operations throughout the space and increase efficiency. The design incorporated walk-in fridges and freezers to make the best use of space, and create a ‘flow’ for the intake of raw materials, through storage to the preparation and serving of meals. The finished scheme was then tendered to a number of suitable contractors, to gain cost certainty for the CIF bid submission.

With tenders returned and analysed, a completed CIF submission was made to the EFA, and subsequently fully funded. With funding secure, KGB Managed Services started work in the May Half Term, with the school allowing preliminary works in order to maintain a fast-track programme. The works continued through the summer break with the school recommencing in September with a new, fully functional kitchen. The kitchen replacement now allows the catering staff to work far more effectively. As part of the school’s development a subsequent, separate phase provided a much-needed extension to the dining hall to further improve the facilities. 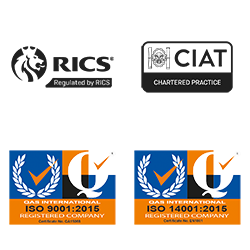